Sisters of Mary of the Presentation Health Ministry

In the early days of the SMP hospitals, the Sisters were responsible for all aspects of their operations. They handled all business matters as well as nursing services and staffing for the operating rooms, lab, X-ray and dietary departments, etc. 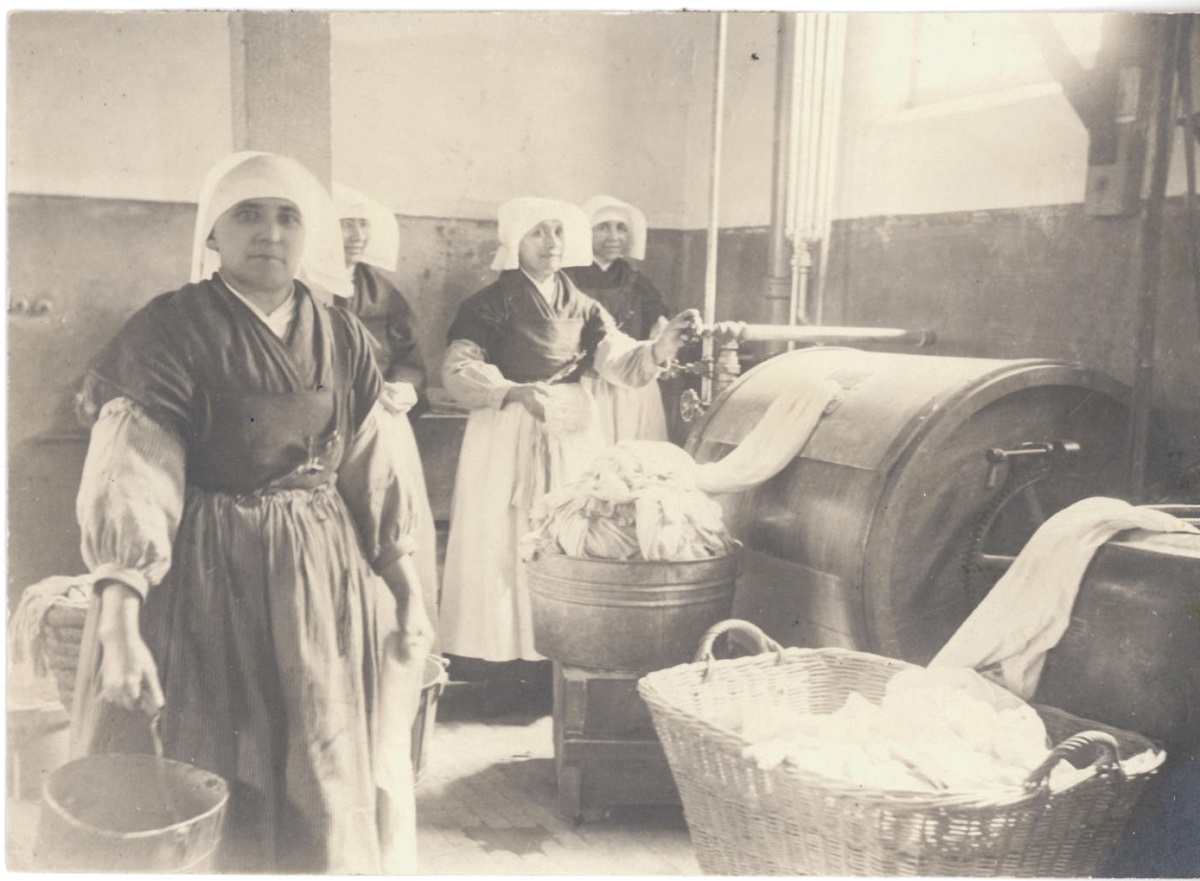 *Sisters in the laundry of St. Margarets in the early days. 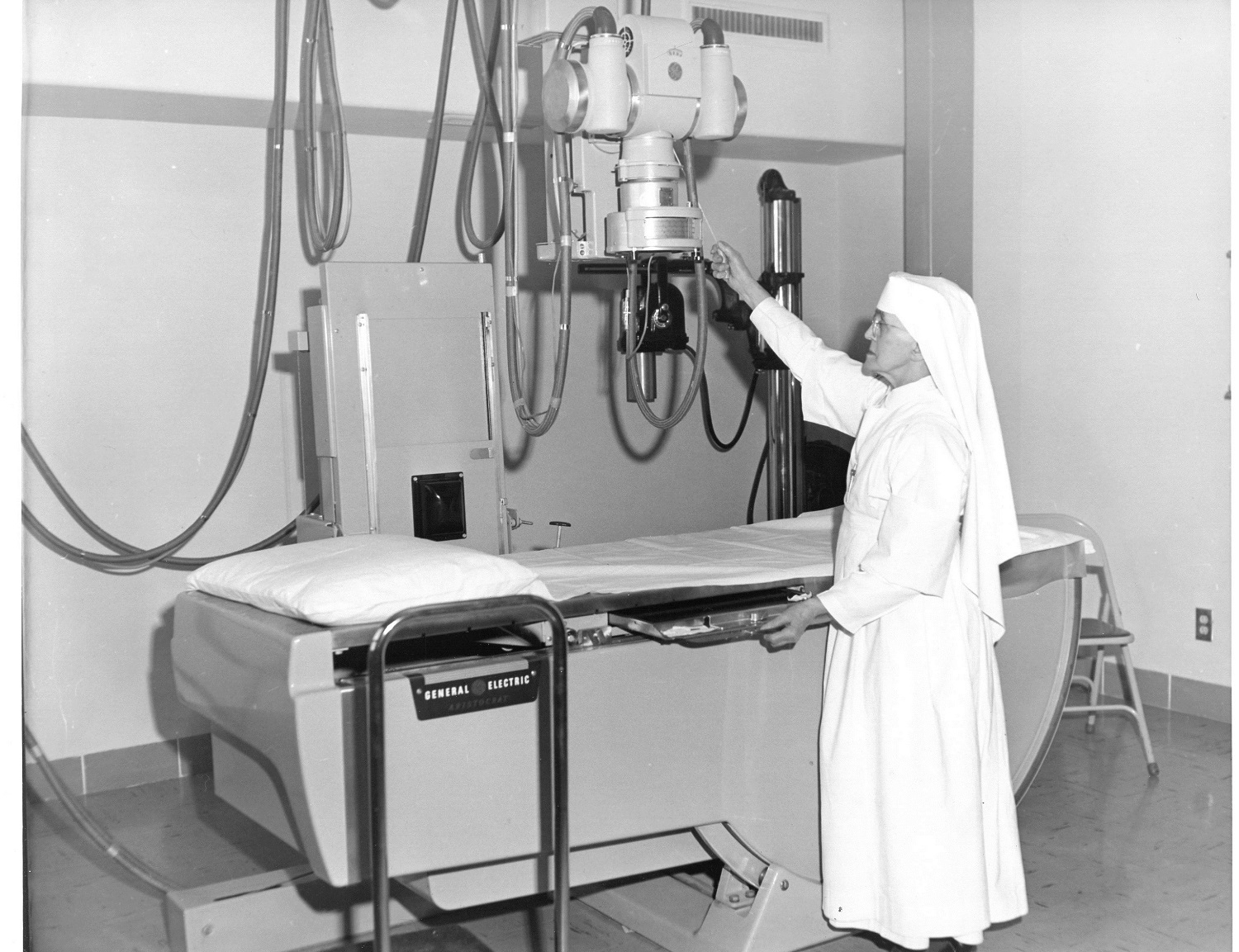 As the business of healthcare became more and more complex, along with a general decrease in religious vocations throughout the Church in the 1960s, the number of qualified religious sisters became inadequate to meet the needs of the healthcare facilities operated by the various religious orders. In response to these realities, the Sisters of Mary of the Presentation were one of the first religious orders to include laypersons (non-clergy or consecrated religious) as board members of their health care organizations. The Sisters continued as the organizations’ sponsor and controlled the overall direction of the healthcare ministries, while more and more responsibility for their day-to-day administration and leadership became the responsibility of laypersons.

In 1980 the Sisters formed the SMP Central Management Corporation which is now SMP Health. Over time it became clear that the Sisters needed to address how to maintain the Catholic identity of their healthcare ministries in the event that Sisters should no longer be available to function as sponsors. To prepare for that day, in 2015 the Sisters created the Sisters of Mary of the Presentation Health Ministry (SMP Health Ministry), a “public juridic person,” to serve as the canonical sponsor of SMP Health and all its related ministries. (A public juridic person is a creation of canon (Church) law that is similar to a corporation under civil law.) Its creation anticipates a day when the ministries of SMP Health may be entirely under lay leadership.

The following is an excerpt is taken from a document written by the Sisters of Mary of the Presentation that explains their incorporation of the laity into their community’s healing mission of Jesus in response to the call of the Second Vatican Council to involve more fully the laity in the work of the Church:

We, as Sisters of Mary of the Presentation, carry on the apostolic mission given us by our founders. We are strengthened by each other in our community living and in our prayer as we move into the various forms of evangelization.

The people who work with us are our greatest resource – boards, medical staffs, administrative groups, employees, and volunteers. We share our ministry with them. We join hands with them to carry on this healing ministry, bringing Christ to people. To bring Christ through the ministry of healing means that we are interested in healing the whole person; that we believe in the worth of each individual; that we do not judge, but rather support; that we testify to the reality of a loving God; and that we heal through understanding and prayer, as well as physical health care.

There is nothing unusual about a health care facility that has a mission of healing. However, there is a difference in the definition of “healing” which is used. We believe that healing is anything that keeps the individual integral, anything that gives a person wholeness. When people are broken, they are broken in many ways. It has not only to do with their body, but with their self-image and spirit as well. With this definition, a smile, a “hello”, or a “thank you” can be a healing experience. To communicate this, it is not just the individual rendering direct patient care, but everyone in the ministry who participates in the healing process. Further, this extended definition of “healing” leads us to believe that it is not just our patients/residents, but all of us who are in need of healing from each other. Our mission is to heal – to cure sometimes – but always to heal.

History of the Sisters of Mary of the Presentation

The congregation of the Sisters of Mary of the Presentation was founded in 1828 in the city of Broons, in northwest France, by two sisters, Louise and Laurence LeMarchand. At that time, the Church in France was struggling to reestablish itself following its devastation by the French Revolution which banished Christianity and exiled clergy.

In the aftermath of the Revolution, Fr. Joachim Fleury was assigned to the parish in Broons. He saw that many of the children in his parish did not know about God. He heard his people tell of how religious practices had been abandoned and of their material and spiritual suffering. Impressed by the deep devotion of the LeMarchand sisters, Fr. Fleury enlisted them to help reestablish the Church in the community and to bring about his dream to open a school to teach the children of the parish and to bring relief to the poor and sick. Both of them shared an intense desire to be religious sisters and Fr. Fleury wrote some guidelines for them to observe. Their first days were very difficult. 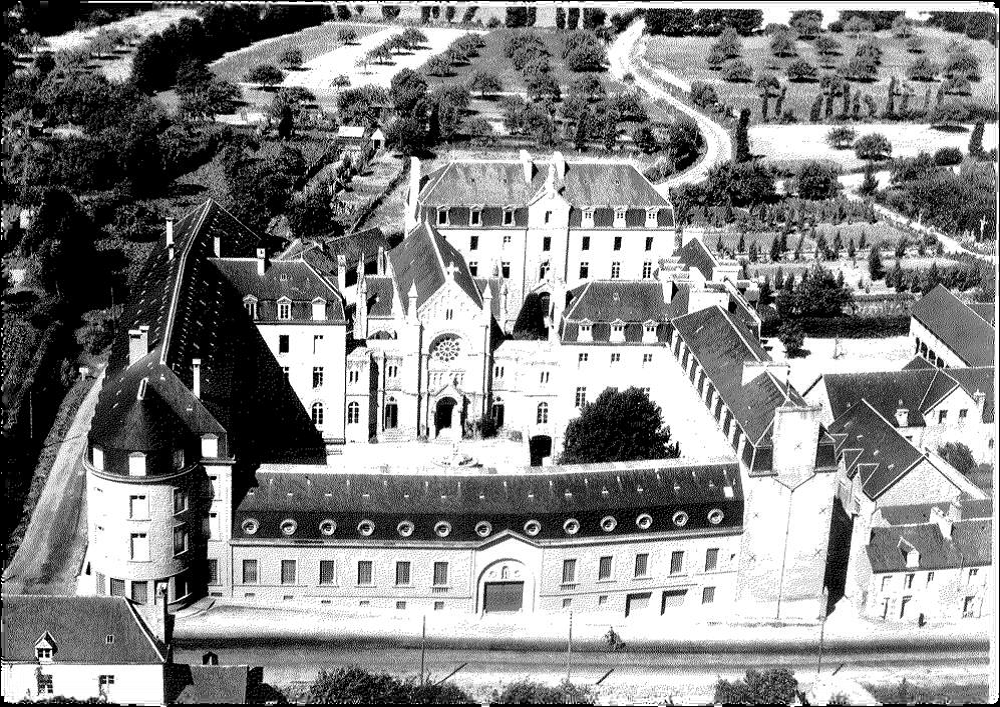 *The motherhouse of the Sister of Mary of the Presentation in Broons, France.

The LeMarchand family home first served as a school, but it quickly became too small for both the family and the children. Another house was found nearby. After teaching, Louise would go into the town to care for the sick in their homes.

The congregation grew and thrived in France during the 1800s, but anti-clericalism at the beginning of the 20th Century forced the Sisters out of their native country. The Sisters came to the United States in 1903 and settled in Wild Rice, North Dakota and opened the first school. In the same year, they traveled to Spring Valley, Illinois where they opened their first hospital, St. Margaret’s. A few years after St. Margaret’s was opened, the Sisters in France were facing even more intense anti-religious sentiment along with the lead up to World War I. In 1914, the French government dissolved the congregation’s legal existence and confiscated the Sisters’ property, including the Motherhouse, which forced them to leave their native country in order to avoid having to disband their congregation. They went to Belgium, Canada and the United States and established a new Motherhouse in a home on a large residential estate on England’s picturesque island of Guernsey in the English Channel.

The confiscation of their property by the government and the Sisters’ evacuation and relocation to Guernsey were the same year as the outbreak of WWI in Europe. Notwithstanding the Sisters’ exile at the hands of their government, when the war started in France the Mother General went to the French government to offer the services of the Sisters as nurses for the troops. She also had a suggestion for a place that could be used as a hospital. The Motherhouse became Regional Sanitary Hospital No. 42 for the duration of the war. It was a very difficult undertaking for the Sisters but was typical of their service to the poor and needy.

It wasn’t until December 8, 1923 that the government’s decree of dissolution was officially revoked and the congregation’s legal existence and property restored.

With its Motherhouse in Broons, Sisters currently serve in the United States, Canada, Belgium and Cameroons and Democratic Republic of Congo. The Regional House for the United States, Maryvale Convent, is located near Valley City, North Dakota. Maryvale is the central office and residence for the leadership of the Region as well as a hospitality center, spirituality center and retirement home for the Sisters.

In 1980 the Sisters formed the SMP Central Management Corporation which is now SMP Health.